The year of the Ox and long weekends

The grapevine in office now-a-days is about the two optional leaves, that one could take in a year, and there are now only three such opportunities left for us to avail it, before we hit 2010. So people are planning hard to make sure they got their set of freebies. I can’t believe that we are almost nearing the end of 2009, the year of the Ox; but it feels like yesterday, when my company had published the Holiday Calendar for 2009. No, this is not one of the hot-models-on-the-beach (read: models on a hot sunny day beach) calendars where the dates are bigger than the bikinis. This little piece of information is about what holidays will grace you this year and is considered very important for the discerning type or to say – ‘the corporate types’.

Historically people were troubled by the ‘where to go’ on a holiday question, but now ‘when to go’ is also becoming a puzzle. Today it’s just not enough to say that in summer we will go to Kulu and in winter it’s going to be Kovalam. So this little calendar helps you decide when actually to take a vacation. At least you can squeeze in that public holiday and try to save one of those rare ‘privileged’ or ‘paid’ ones. I don’t mean the public holidays when you are required to exercise your voting franchise, though not the political type, I still want to be politically correct.

Shikha was not very happy with this year’s version. She had said, “Look, there’s only eight public holidays this time. Guys, we had twelve last time.” I hardly remember how many were there last year. Who cares, when you have to service an American client and your holidays never match with theirs, you usually end up following theirs. Amit had said, “What I look forward to is ‘comp-offs’ (compensatory holidays)”. “I lost three sick leaves last year and this year I am starting with four less public ones,” Shikha continued. Amit tried appeasing her, “Those four would have ended up as Saturdays or Sundays this year, are they not still holidays?” Shikha felt cheated. But Amit saved the day for Shikha, “But have you guys looke 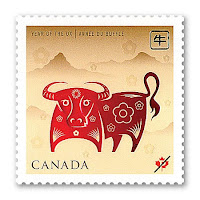 d at how many long weekends we have this year? All public holidays are long weekends this year.” I has acted finicky by saying that one of them was not a long weekend, but the truth was that Amit had a point there and Shikha had a smile.

I had never heard of the term ‘weekend’ before, but only after joining the corporate world. Not so long back (fifteen years is not that long, right? Phew), when we were in school, there was just the humble ‘Sunday’. So after struggling and bleating for six days with teachers, black-boards, books and bullies, the Sunday was like manna from heaven. The best thing was not to get up early in the morning, not the usual rush to get ready and no buses to catch. That one day, you would not have to go back to the one place you had been going for god knows how long and god only knows why. Not that we used to turn the world upside down on Sundays, but it was rather like a tea break on a Mumbai-Pune expressway or whatever you call it in your city.

When I joined my first company, to my surprise, I was told that you would get two such tea breaks. I was ecstatic. It was as if the genie said; “Young man, you can now wish for two things instead of one.” My mind went into overdrive, thinking what all I can do in two days, two full days, two f*****g full days, away from office. But then as all new things look like gold and all old ones have a copper hue, the best thing I end up doing now-a-days is to sleep for two straight days without a care in the world. I am sure you guys have better things to do. But lately I realised even these two days are not sufficient to get the week’s drudgery off my back.

Then suddenly, as if the powers above heard my prayers (Ok, our payers), in comes the saviour – ‘long weekends’. Even Wikipedia has dedicated a page for long weekend. Click HERE to read what wiki has to say on long weekends. So now one can sleep for three days at a stretch. Long weekends are now being treated as a vacation. People start preparing for a long weekend with the same earnest as one prepares for a vacation and involves the same hysteria around whom all to include, what place to go, who all can pool cars, do we need to carry drinks, do we need to carry warm clothes, so on and so forever.

Those of you who have just realized what a waste you were all through this year start planning pronto for next year. I have still not got my holiday calendar for 2010 else I would have helped you lazy bums, but heard that Kingfisher is ready with theirs. Also Outlook Traveller has come up with a 'long' weekend version of their bestselling book so that you don’t spend time googling places. As for me I still need to figure out how to get those two optionals before the Ox runs away.
Posted by Who at 9:07 PM

Hmmmm blogging on holidays???????? High dreams I would say. Here weekends and weekdays are synonymous and we don't differentiate between them.which means work and play goes hand in hand too.I am fortunate to work from room if I prefer to.I know people who have not gone home since 2 years.