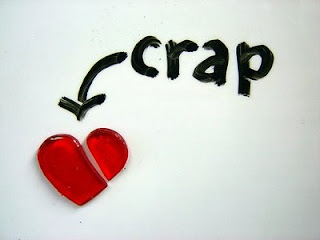 This title is definitely misleading so if you are looking out to read a juicy snippet on my first love you are going to be disappointed. This is …hmmm….urghh ….. Well read along and you will know. I have never blogged anything about my dear sis and she had warned me not to. But she is the villainess/Actress in supporting role in this plot. So sis this one’s for you.

So long time ago when I was in school, (9th std precisely) we had a new entrant at class. A shy guy who wore glasses is all that I can remember now. I cant tell you his name ( he is married now).
Now my feminist genes were quite intact even then so I never spoke to boys, in fact I detested them. At every point I had to prove I was equal or better than them. They were pathetic creatures too. They looked down on us girls and could not bear when we topped in subjects. The pressure to top kept me working all the time and I never thought of peaceful coexistence.

Sadly after 8th std things started to change with other girls in my class. It’s that age when strange chemical changes take place in your brain. I heard many of them started dating (something I had only read in Archie’s). I was dumbstruck at their audacity/foolishness/girlishness and soon brought out my feminist manifesto. Few girls joined me too (we were all geeks). Now with my reputation no guy dared talk to me and if he did I crushed him. That’s when the new guy asked me for help one day. I was shocked at his impudence. But he soon began discussing about books and studies and I thought we could bend the principles of the manifesto. So from ‘No talking to boys’ I changed it to ‘Talk to boys who talk academic stuff’.

We went to the same tuition class and he joined my batch. Unfortunately I was the only girl there and I hated being with guys. But the new entrant ( aka Mr j ) gave me company and discussed about books. He even walked me home saying he liked exercise (and I literally believed it).

I felt strange but then we were talking serious stuff. Soon after this episode in Hindi class boys started singing songs when I entered. Dil to pagal hai released that year so the song sung for me was “ chand ne kuch kaha , raat ne kuch kaha, tu bhi sun bekhabar _______ kar oh oh oh ____________ kar”.
This _____________ kar sort of irked me. But I kept wondering why they sang this to me. Of all the girls in class I considered myself to be too low to be a potential victim for such trivial , petty issues. No one admired me at least for my beauty ( brains maybe :P I was studious).

That evening a senior of mine came and called me out of class. She said Mr J wanted to tell me something and was afraid to say it so had sent her. All the girls around started giggling. I still had no clue. ( cant believe I was so stupid). “What is it I asked”? She gave me a paper and smiled. “ I love you” it read. I started trembling ( I don’t know why). I started yelling “How dare he, I got a reputation to maintain”. He stepped in seeing me hysteric ( wow I always was hysteric). “I am not asking you to marry now, I love you” (think of it we are in 9th Std). I stormed out like heroines in bollywood movies in rage screaming “LEAVE ME ALONE”. The days that followed were quite melodramatic. I would march into Hindi class with my friends and try not to look at his side and he would stare like a love sick puppy throughout class even making teachers notice it.
I was frustrated and scared if dad knew would he stop my schooling? What about my career? My sis is a brat.One year younger to me but mentally 5 years younger. She kept playing as we waited for dad to pick us. Seeing me restless she asked “What’s it”?

I had to spill it to someone. Will you keep a secret I asked? She stopped playing and came like a dog wagging the tail. “Yes. Yes tell me”. I never told her my stuff so she felt privileged to hear something from me. And I told her about the love letter. She acted like Holmes and marched to and fro. “It’s serious, but you can trust me”, she said. I felt relieved though I knew it was not gonna work for long.

Next day when I was in class my sister came marching and called Mr J. “Hey come here you….”

I can still visualise her standing with her tie loosened, like a goonda. She was shorter than me then, quite cute too. Mr J walked out. Though a senior he was trying to impress me by acting polite. “Look Mr. stay away from my sis, you think she has no one to take care of her? Watch it boy or I will break your bones”, she screamed in her tweet bird voice. I felt like laughing seeing her put up a fight with a senior boy, I was happy to see her concern.

Now Mr J smiled but the bloody guys at class with egos like helium balloons said “How could you stand listening to that junior girl. Leave it to us we will set it even.”

That evening as we waited for dad, a bully in my class started picking on my sis. She told him to back off but he kept taunting her and as the scene grew hotter I called Mr J aside and requested to stop this. Now me requesting a guy was a historical moment so as Mr J and I got carried away with the historical part of it , I heard a scream. My sis was standing like David after attacking Goliath and the bully’s head was bleeding.

So much for my efforts to hide this love game, I thought.
Bully’s mom called up my mom and said your daughters did this to my son and if he has a memory loss and fails this exam I will sue you. (He had already failed a year and was a repeater so mom taunted his mother on that).
Bully’s mom could not bear my mom’s lecture and she rang up dad at his shop.

Dad came home and we had our public hearing. To me he said “So my daughter has grown up”? “But dad I don’t have anything to do with him, I hate boys I swear”, I said. I trust you he said. I felt proud that he did. And to my sis he said “So you won’t change your tom boyish ways”? She fidgeted with a pen and nodded her head which meant I don’t care.

And he told mom “I told that lady it served her right, after all what did her son expect when he messed with my daughter”. Turning to us he said “And next time no stitches, just break the bones, if it gets any serious I will manage the case, but don’t let it reach me, learn to manage issues”. You got the message? He asked my sister. We shook our heads in disbelief; my sis was beaming with pride. From next day she was Asha dada at school and teaching girls how to fight bullies. I am sure it was an accident and she was terrified though she says she did it with a plan.

The bully walked around sulking with his adornment for weeks. As for Mr J he could not bear my cold treatment, flunked few exams and left for Kerala. My classmates called me cold hearted for a year but I stuck to the feminist manifesto.

So that’s my first encounter with Love or rather a guy who fell in love with me. Now when I think of those moments or I watch movies where teenagers do similar things it makes me smile though then, to me it was the biggest disaster.
Posted by The quirk at 4:28 AM

So one's a feminist and the other a bully...if you sisters had put a thoughht to it then you could have got the women's reservation bill passed a long time back......

well we got better plans... don't you get in our way.... I don't want a reservation bill will bring a totalitarian government run by women :)

It is a very good story.You narrated it in an interesting way.Convey my regards to ur goonda sis. Keep on writing.....U hav a better future in it.(May be the next Booker too!!!!! Ummm....I am not joking)

this one is the best among your posts.. unadulterated and scornful but very genuine ...especially the "I stormed out like heroines in bollywood movies in rage screaming “LEAVE ME ALONE”. "......!! diffcult to find something something like this...chers buji.!

Nice description. Interesting read. And if this profile pic is of yours then I got to disagree with something you had said in the post. :)

Thanks for the comments and I wnt ask abt what you disagree coz I really meant it :) and people are free to disagree