Two cups of tea with me 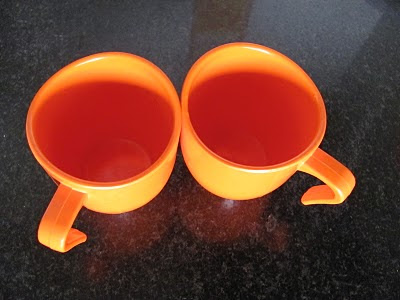 Confusing the title would be, but this was what I did yesterday. Was it boredom, loneliness, saddism or narcissism I don't know. But I just felt like making two cups of tea. I placed them on the table facing each other and set my scrabble board. I played for both sides though I drank one cup at a time. Heightened maddness my alter ego screamed. But maybe I made truce with being alone.


I have been watching MTV Roadies lately and there is a question that frequently comes up in every personal interviews- "what is your biggest fear" ? Mostly people talk about heights, rejections, lies and many other stuff.For me its loneliness. And on this semester break of mine that is exactly what I am suffering rather trying to avoid.

When you are in a race it does not matter if you fall, win or lose as long as you run . But when you are unable to run and step aside and watch others , your inability at first pricks you, then mocks you and later remains like a bandaged wound. A break is the same. No more excuses to tell people for being busy. Suddenly you are reminded that you are jobless and free to relax. Though a part of me says " Why should I bother about others" ?

How would a fish feel if it sat ashore watching other fishes swim? It would die eventually, I feel the same despite immersing into all my hobbies. By the end of the day he creeps under my blanket and laughs at all my ploys that day to avoid him. He reminds me that I cant camouflage him by acting busy and he is my friend- Loneliness.

He tells me making ladoos and playing scrabble or pretending to have a cup of tea with my guardian angel wont help - he would still be with me.

When you drive with your loved ones at a high speed in life ,stop at a speed breaker and others continue oblivious to the fact you are left behind it is disheartening. But when someone tells you, you had the luxury to brake at the speed breaker while they still had to go ahead in the race it hits you hard. And it takes a lot of cognitive processing to explain to yourself that you are not supposed to get hurt at the allegations of your loved ones.For once I wish I could somehow uncomplicate my life by being apathetic or atleast be retarded to shield myself from being hurt.

I chose the speed breaker to the hairpin turns- perhaps a luxury some would say.But then would I be here with this scrabble board and two cups of tea?
Posted by The quirk at 8:17 PM