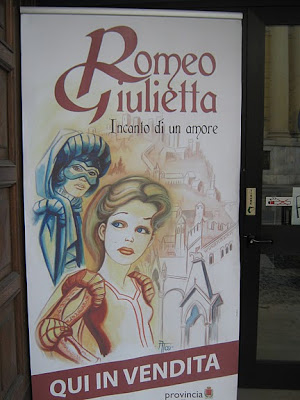 I never knew Romeo and Juliet existed neither would many of you. Though historically there is no evidence about the tragic love story the characters definitely were alive and was very much alive when I visited Casa di Giulietta. It is believed that Shakespeare through works of Luigi Da Porto, Masuccio Salernitano and Matteo Bandello came to know of Verona and was inspired to write the world's greatest Love story ( I would say tragedy) ever. Shakespeare who never had been to Venice or Verona was deeply impressed by the Venetian painters in the court of London. Hence, his works describes the ports of Venice and romantic heroes from Verona and Venice. Romeo and Juliet and Two gentleman of Verona are works which have their characters situated in Verona while Taming of the shrew has its hero Petrucchio from Verona. The charm of the city evident in his plays still remains the same for tourists who visit Verona.


Juliet's house is the most famous of the lot with the famous Juliet's balcony. Couple's line up to be 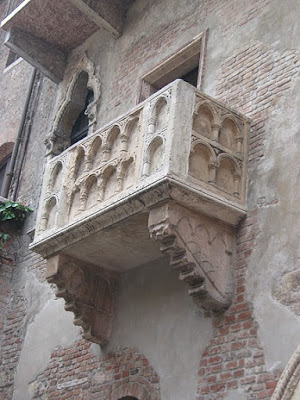 photographed from this very historic balcony for 16 euros ( yes love comes with a tag). I really don't know much of the history but this definitely was not the balcony I had in mind after the plays and movies I had watched with moon lit staircases and lovers pledging love. I tried imagining a Juliet looking out of her balcony but this balcony looked quite unromantic to me hope some of you have different opinions. Well I didnt have my Romeo so I didnt bother clicking a snap from the balcony ( frankly the lining up for snaps was a turn off too and that too after paying 16 euros !!! )

For the commoners with no money and in bad need for luck you always have juliet's statue. A bronze statue of a beautiful woman rubbing whose right breast brings luck. I tried my luck too but that was the longest line I have ever seen to rub a statue's breast ( quite funny a custom) 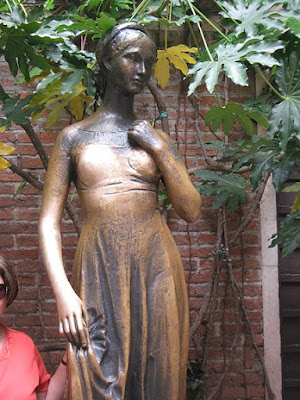 Verona tourism runs on this myth or story of Romeo and Juliet and there are theorists arguing they were lovers and while some others argue they were not.But their graves have been shifted and they are now buried together making it a must vist spot for ardent fans and romantics. Makes me doubt if its a cheapt rick to promote tourism but whom do I ask? Well I didnt make it there ( found it too 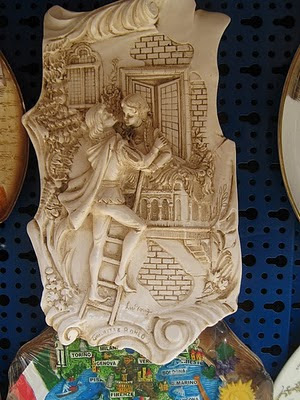 
But yeah I felt nice having seen what Shakespeare had not but then he is smarter than me to have concocted a whole world without seeing it. "For never was a story of more woe. Than this of Juliet and her Romeo"..... 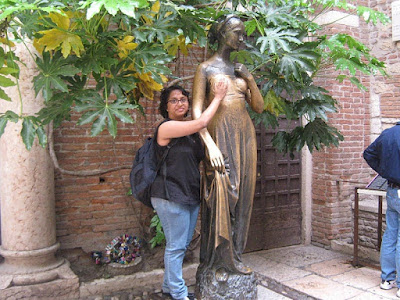 Pardon my ignorance, but isnt romeo supposed to climb that window? its so high in the air.. how does he do it?

Dear Push,
Shakespeare made poor Romeo climb and as I wrote its not established that there was an affair in real between Romeo and Juliet though historically both these families existed and so did these characters.