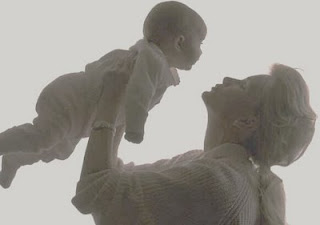 The weather was sultry, so was my life lately. When you are in deep waters believe me taking advices never help. But she offered to meet me and again I was here for her to feel better by advising me and not for my good. Same place, same mall, same seat, but how different one minute was from the other, yet we believe it’s the same place, same thing, same husband you love, same child you send to school. The difference arises when they act differently but even if they were ritualising monotony, are they the same? When I told G , that the ME he sees now wont be the ME he sees tomorrow he smiled and said , “I know that” , but his eyes were teasing me , wondering if its again one of my blue days. Adi has started rebelling recently; he keeps away from me, sulking at my asking his mark sheets, entering his room, asking him who’s on the phone. Lately he is always on phone and disconnects seeing me. He has even changed our snap together and replaced it with one with his friends. Adolescent changes, you know it better, G says. But, he fails to see what I see, fails to hear to what I hear.
I asked him not to open the Pandora’s Box, but then again Adi had to know about it some day. Did he really have to tell him? Tell him that I am not his mother that his mother passed away at his birth, that I was his father’s second wife. He did not cry or scream at the revelation, but did he understand what it was all about? I don’t know if being an adopted child and having a step mother are two different things.

G and I met at a friend’s party a decade ago. I guess we were both new to the gang; I was new in town and had joined MRS as a counsellor. I preferred being alone and in a metro, life moved quite fast without much interference something which I wanted at that point of time. I had survived two disasters in the past year, my dad’s death and my ex-lover’s wedding. And since I could not indulge myself in smoking or alcohol or drugs, owing to my professional ethics, counselling patients and personal ethics being a god believer, I thought an escape would work. And that’s exactly what this city offered me - a hide out.

I hated parties. Firstly I had not been to many, dad never permitted and growing up that way I never ventured when I found opportunities. Blaring music, psychedelic lights, drinks and people howling was the picture that came into my mind when I thought of parties. But Shikha my roomie who knew me quite well in a month told me nothing of that sort would happen there. It’s more of a get together at a friend’s place where people hold discussions over a cup of coffee. Now discussions were depressing to me because I was in no mood to speak. Its fun she said and to keep her happy I agreed. After all what could happen over a cup of coffee?

The gathering looked more or less similar as Shikha promised. There were people from different walks of life with interesting hobbies. Ron was a wild life photographer, his recent explorations took him to Kazaringa, he spoke of Rhinoceros with a passion Wordsworth would of Daffodils. He had a typical photographer style in khaki pants, Animals are friends not food, T shirt and a pony tail. Shikha was a physicist working on nuclear physics, our room was filled with her papers strewn all over and books on floor, she was totally messy and confused about everything in life from her relationship to managing her finances. The only clarity she had was about physics and music. She sang quite well.
Karthik was into stock market and the odd one out, I mean he had nothing of interest with others , he kept interrupting or getting up and was flooded with calls, he was short tempered and given a topic to discuss would be factual and materialistic in analysis. The reason why we had to bear him was he was Shika’s fiancée.
Nova, was a VJ , she painted fabulously and dreamed of exhibiting her stuff some day, she was passionate about colours and a bit funky as in piercing body and colouring hair, mom would call me outrageous if I did those.
Andy was an environmentalist and eco friendly guy, he rode a cycle everywhere to reduce pollution, he was involved in too many projects related to environment, having him around would make you nervous. He would comment on how eco friendly your dress, shoes, bag and sofa was.

And then there was G. They called him G. He was a Business analyst. What made him look odd at the party was that he was heavily overdressed in formals like some model from Raymond’s. When I asked him to pass the snacks he gave me a “Business - people -don’t – do- odd - jobs -lady - sort -of -look” . MCP ( male chauvinist pig ),I mumbled. That’s when someone caught hold of my dupatta not seeing anyone around ,my eyes went downwards and that’s a beautiful scene I cherish till today a baby maybe around 10-11 months was trying to stand up holding on to me. I didn’t know why he came to me of all the women in that room but maybe we were destined to meet.

I must admit when G took him from me yelling at him for coming to me I felt my feelings for him to have softened. And from Shikha I learned his wife died during child birth and he was adamant about raising Adi all alone. I don’t know if a 11 month old can turn around and smile or was it my feeling that day but I felt Adi smiled at me lying in G’s shoulder and I knew a bond was born.

G becoming a part of my life was odd too. parties and gatherings of this nature was common and in one such meeting I remember discussing to G- we had become friendlier then- I was worried about mom pressing on marrying and I wish I could get rid of the whole idea. “Why don’t you introduce some guy to her and pretend you will marry eventually”?. “That’s too filmy G and besides whom would I introduce”? “You could, you know anyone out of here” – he suggested. “Oh yeah you think Andy, Ron or Karthik would do”?. “Yeah why not”? said G, “its just to act”. “Then why don’t you”, I asked? He froze and I knew I touched the wrong chord. We didn’t speak for some time, Adi had started speaking and he babbled some synonyms which sounded like ma-ma. “He tries to say mama, G said, though he doesn’t have one, and I am trying to make him call da- da all day”. That’s when Adi caught hold of me again and screamed at the top of his voice ma-ma, he was excited at this own mastery and sudden discovery. I could sense a silence in the room all looking at us, at jubilant Adi, some looked with pity at the kid, and some looked embarrassed for me. I don’t know why I did what I then did, I scooped him on to my lap and said,” Yes mama’s boy, I am mamma”. Adi looked puzzled at his wishful thinking being reinforced. G was silent again.

“Are you sure Shikha asked, not that I got reservation against widowers or G for that matter, but it’s a big responsibility”. “When Adi grows up”…. “I can handle this I told Shikha”. Did I mean it? Why was I doing it? Did I love G? Was it for Adi? Was it for me?

Shikha was on time as per her schedule which was 45 minutes beyond the fixed time. The regular grumbling began. “Do you know my son is weak in physics- a physicist’s son”?” But he is not into commerce either- like his dad”. “Do you know what he wants to be”? “An artist it seems- I tell you Nova is responsible for this”. “See Adi is far better he is good at everything just like you”. I smiled, “The point is he is not your son but he is so much like you and my own son is a jerk if I could call him so”. That was the point people never could see- Adi as mine.

“So what’s it bugging you now”? “Adi is growing he needs space takes it in that way”. Now she was talking after all the cribbing about her son. I smiled again. “Now don’t give me that smile, you always do that”. I smiled broadly. “I am surprised you didn’t want a child with G, it’s your fault” Except for physics she never knew what suggestion to give, I thought. “I am happy with my life, Shikha and I don’t regret a bit”. “You know what ‘G’ is a nice guy”. “Shikha thanks for that information but we are discussing about Adi”. “Well I guess it’s gonna be ok”. “Is that why you insisted we come here, I asked”? “No. I thought we deserved a girl’s day out”., she gave her sheepish grin.
On the way back home all I could see was snapshots of Adi growing up, how much had this kid caught up my world. Is it this hard to be a parent?

The room looked dark, so was life these days. “Turn on the lights Shikha”, I said and I heard a blast.

“Mom sorry to keep you from my room. We had this surprise planned for you. Dad and Shikha aunty all were involved. I had to keep you away”. My 17 year old toddler hugged me and said “Mom you are the best how can I keep you away”. And here I was worrying to hell.

“G” smiled and whispered “he chose his mom when he was one and he is a responsible son”. Nothing had changed from the party 16 years ago, though aged, the same friends, same ambience, the same life just tipped with a tinge of happiness. My toddler winked at me and took me to his room. On the wall was a huge portrait of me with him when he was one year old. “Mom, not even dad has a place in there”, he said. I smiled. “I really don’t mind that, G said”. “You know, Adi is smarter than me”. “Why”, I asked? “He had a sense for best at a very young age. Left to me I would never ask you”.”Yeah I got better sense of women”, dad. “Dad’s a flirt mom, let’s ditch him.” I smiled. “Mom don’t blush at dad’s words”, Adi teased. “Well your dad’s worth it dear”, G said and I sat back admiring the men in my life.
Posted by The quirk at 9:33 PM

very very touching story, i read it twice. you are right, one's mother is d best person in his life(at least for me). i realized it after coming here. when i was with her i never knew how important she is to me, but now i can see how great are her deeds for me.