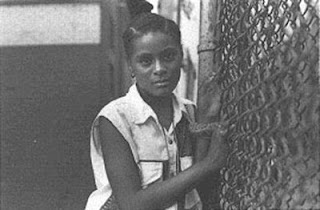 Reading a passage from Jonathan Kozol’s “Death at an Early Age” my thoughts wandered to some comments I heard recently. Jonathan Kozol is an educator who, having taught in a traditional school understood the pitfalls of the system. His first years in Boston school with Negro children is the background of this book.Reading him is a delight. In the first chapter of this book he describes a student “Stephen” a maltreated foster child who never did well in school. The only skill he possessed was drawing which never could be accepted by the Art teacher whose dictum required him to copy images not to alter and fictionalise them.
Kozol describes a very touching incident in this chapter. When he once confronted Stephen who was crouching like a rat , he told him to sit straight or he would mistake him for a rat. Stephen replies laughing that’s not possible because I got no tail. It somehow struck Kozol and the school psychiatrist that Stephen was trying hard to believe he was not a rat because of the absence of a tail. Similar feelings of inferiority were subjected by the Boston School system which saw every Negro child as an animal and the school as an animal house.
The racial prejudice among teachers amazes me, for that matter injustice of any kind from teachers supposedly torch bearers is disheartening. I remember reading Om Prakash Valmiki’s Jhoothan. He describes his early classroom experiences where he was forced to sit on the floor behind the last bench because he belonged to the Chamar caste – (Chamars skin animal hide).

Recently when I spoke to a friend he said “Are you crazy to study these tribals”- they deserve to be where they are. If you emancipate them all who will do what they do? And you should see their vengeance when they get into positions. I was silent did he mean people from reservation category were revengeful than the general category?
Well what do you expect from people repressed and suppressed for years deprived of basic rights?

Where do they deserve to be? Why are people so prejudiced? How come we claim being globalised yet these traits seep out? Reminds me of a class in social psychology where we discussed how prejudices were formed. Logically listening to it, one would never think biased because the class was a total deconstruction. But soon after the class students discussed in hushed tones as to how Muslims were underdeveloped and terrorists. 

This prejudice is so much well built into our belief system and sadly education in formative years plays a significant role. My dad for instance was too conscious about the ancestral lineage and occupations. He never referred anyone with their present occupation. To him a doctor was always the boatman’s son or the Indian President a coconut climber’s brother.Individual's merits were drowned in his ancestral lineage. I saw it in my fathers family too so the formative years and training given was evident. However he failed to pass it down effectively to me. He blames the commies’ ideologies to have infiltrated my thought process but I don’t know I somehow can’t understand why we want to find faults in others to preserve ourselves.That reminds me we should discuss Erich Fromm sometime :)
Posted by The quirk at 1:15 PM

jonathan kozol? i think you should sometime tell us the alternatives that he proposed. and ya...we stand at a point where the common school system has still a long way to go to outdo the caste and class barriers...reminds me of just one thing...hierarchisations are ever increasing, now only in new hues and shapes.

Hmm Muni alternatives wont be tangible structures if that's what you meant. Why I like ppl like Kozol is that they talk sense and talk it openly ( get paid for it too unlike me :) )they are not against a structure unlike many who say No structure plzzzz...break the schools.What fascinates me is how this hierarchy exists everywhere in the so called developed nations too.