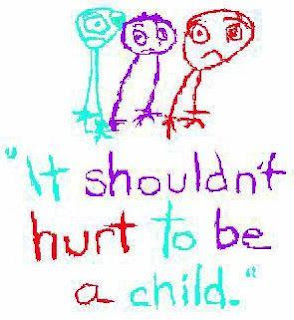 Well when I tell people I find lot of perverts around when I travel many disagree. Some say I invite it by travelling alone – (wow what an experience to ask for!) Despite reading scandals, harassments, people think half of the cases are sensationalised and others are fictional. Many even say it never happens coz it never happened to me. Then the regular prescriptions. Prescriptions come in two kinds. One is from the conservatives who says wear full covered dresses, pin up dupatta, avoid jeans or anything that reveals the body parts that provocate men( in short a piece of 1.5 m cloth in front of your chest makes it less provocative- should confirm with a pervert) , also avoid travelling alone, late night, odd hours. Also if possible stay home. A recent study by an organisation fighting against harassments involved asking women who have been abused and harassed to send the garment they wore that particular day and it was not tube tops, jeans and mini skirts. It had saris, salwars and lot of full covered attires. When you got filth inside your mind what is worn does not matter.

Second groups are the defenders. They prescribe studying martial arts, carrying pepper spray, a blade and hauling verbal abuses as best strategies. I like them to an extent coz they prescribe prevention in a practical sense.

When I did my graduation we had to rely on public transport buses which would be jammed at peak hours with men of assorted nature. It would be difficult to find out from where hands crept on to your body. They just came! So some seniors suggested this. “take a blade break it to half and hide it between two finger and when you feel a hand pull it and slit rather bothering to find our who the guy is:. Well a friend of mine tried this strategy once. I rely on verbal abuse because sight of blood disgusts me.

The recent Tantrik and father rape case in Maharashtra has upset me. The head lines newspapers use is also upsetting. “Daughter wants Rapist father and tantric hanged”. But after a long time I saw a discussion initiated among my friends. But what amazed me was when one said thank god it doesn’t not happen in our state. Such things happen only in the North. And another smart fella asked instantaneously where did this happen Kerala? He somehow believes Kerala is the land of perverts and Northies are better. Then the regular statement all this happens in the lower class not with people likes us.

These were myths I countered when I conducting a workshop for kids in 7th std on - who are victims and who are perpetrators. It amazes me that there are people at the age of 25 who still pamper such myths and we say media is over flooding us with information’s we know.

Well what’s my take I really don’t know? definitely not happy about rape laws but don’t even know if capital punishment should be prescribed. I am sad about lack of awareness and perpetuated myths. The conservative advices pain me. I believe people should voice out rather feel crushed by the watchdogs of society who tell you not to report such incidents because of the disgrace.

I have seen men leer at school girls wearing skirts and even pushing them around in buses. I would rather teach the girls to speak out rather prescribe them to wear salwars. But after all is that allowed Wont I go to some hell if my mouth opens for protest in front of the divine sex of human species?
As if this isn’t hell enough :)
Posted by The quirk at 11:27 PM

u kno wat I think....... these perverts hav the least courage on earth...if u ask them 2 b firm in a loud enuf but a firm voice it helps...at least in lot many cases I tried myself.
n travelling alone or wth a parent(s) also hardly matters I feel.
The girls/woman need 2 b strong enough if one demands an upper hand over such dilly-dally darlings on streets..:))

likd ur piece coz its open 2 discussion.... lets not giv this problm a dark picture always though...v can recognize a common comic character in the forever provocatd kinds ;)

remember p.e usha?most women cannot imagine going through what she went through for speaking out. some women even thought P.E usha was stupid and wrong in speaking out!with that kind of attitude from fellow-women, where can we go?

hw will girls n women be spared in a state wer babies of age less than one year are raped? these guys should be dealt with law in a more firm manner. we need a decade to prove whether a man is guilty or nt even if he was caught in front of a large crowd with sufficient proofs. remeber d father who was acquitted of the charges of killing the murderer of his daughter......well watever b d truth i like to believe tht he did tht n he was absolutely rite in doing so.....

well....as you said no one has the guts to tell the people concerned..i feel the people have a feeling that even if told to the concerned people not much action is taken,also as u said IMAGE PROBLEM...
the laws must b more firm,the sexual disorder people must b taken into custody,and more courage for many to stand n speak out.
well some do take weapons as i did...i guess u mentioned abt me...well i would rather use weapon than speak as even if speak they would say that v dont have any evidence....bt if v cut a hand n if it bleeds...then v do have proof that his hand gt cut as it was at the wrong place....

In issues like this, mostly everyone would be interested only in finding faults in the lady’s behavior or in their outfits.

Ever noticed some people’s, especially women's reactions if they see a girl not wearing a dupatta, or she in jeans or any other comfortable dress other than salwar or sari? Even though there’s no skin show.

In every situation the lady is the one who is treated as the offender. The funny side is, even fellow women would be more interested portraying her as wrongdoer.

At the end of the story, the lady would be the one who faces all troubles. So many think it’s better to keep silent than to go thru all this.

Thanks surya, Thts the longest comment ever on this blog. wud u introduce urself to the group?

I was wondering who's this "Bhuji'. Never expected a name change. :)
As its not adviseable to pendown details about my crazy world in public, I've mailed it.

Once when I was travelling with parents by train to mumbai, there were a whole lot of men around. A few hours later a baby began crying. The mother and infant got onto the side upper berth and the mother began feeding the child (with almost everything covered). To my horror I saw a man staring at this for a while. I made some noise, he turned and looked at him. I gave him the most fiery loathesome look ever. He looked down apologetically and put his hand of his head. In a while he had left.
I dont know if he was habitual offender but no matter what, with a mother and child one could only associate the most holy image to it and this man did not see it that way.
Who provoked what?

hey sari , I was wondering which post you commented to? Nice to know you came this back to read this. Well I heard of an incident recently where the snap of a woman breastfeeding kid was captured by a guy from a side upper berth and circulated on internet. What do we say here?

Thanks to u to bring up this issue to discuss. All solutions u suggested in ur blog and comments are, in my opinion, temporary. Being a Boy, knowing "Men's mentality", taking reverse (harsh) actions may save “gals” from that situation alone (Im not saying to keep ur temper in such acts too). But the prob may continue to exist until the situations are set right. The real solution is in our hands. We should set examples to our generations and successors to have better “view” on opposite sex and to have better relationships. The root cause is our culture which completely covers the “act of sex” as a shameful issue to be discussed in public, which reluctantly turned our generations into “sexual (instead of social) animals”, which doesn’t care abt mother, sister, daughter, etc… This could be the main reason why even “mother feeding” has been seen by "a few" in a different way. Though it is not a remedy to the present situations, surely this will yield good results at least in the near future.