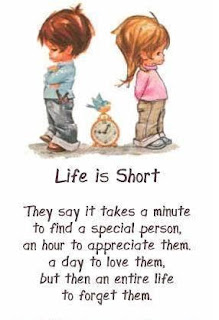 Talking to him was frightening, especially over the phone or chat. There would always be long intervals of silence, which gave me creeps worrying if he passed out and what would I do if he did. I once bluntly asked him how I would know if he left me. He casually called a cousin of his and said “please inform her when I leave”. He then smiled and asked me “ Now happy?” I have done all my duties towards you. He had crossed the stage to sense pain or judge its magnitude to qualify if it’s a pain carrying him to his end. Our conversations were always about death, silence, the long waiting. He never told me he longed to live; maybe he passed that stage too. He always said he would fight to the last minute. I don’t know if he was hiding his fear. When you see death before you and have time to prepare maybe you go soft over your head. He had turned philosophical lately. Patience was necessary while dealing him but keeping it off your mind that you are sympathizing with him by being patient. He hated that. He fell in love with me all of a sudden maybe something he could never do had he been normal."I would marry you crazy woman but I am short of time", he said. People calculate a lot when normal but when you got nothing to lose you can be irrational. "Marrying me is ensuring life long security, you get life insurance of your hubby" , he would tease. He wanted to use the best of his last moments trying everything giving it a shot. It put me in an awkward situation not knowing what to reply. Obviously I could not act irrational I was to stay back after he left. So I pretended I never heard him denying him any last minute pleasures which would haunt me life long.

We could talk about anything, even when I was upset he did not waste time fighting he wanted me to mellow down so he would not waste another day of his calling quits after a fight . He wanted everyone to be with him, his selfishness he often labeled “how long you think I would be the center of attention”, he would say. Everyone who loved him saw it he was never alone, when he could not sleep all he had to do was dial a ring or get online he had friends to sing, read, fight and even love him.

He loved chess, he said it’s a battle against life now, but that didn’t mean he would want his opponent to be lenient to him infact he found out if someone was making it easy for him.
I loved watching him for hours, the awareness of him not going to be around for long hurt me making me greedy for more of him. That was J full of life, full of life and fun. I loved him so much that it hurt to be alive. I repeated Auden in my mind “ I thought love would last forever, but I was wrong”.
He raised his head from the chess board and as if reading my mind, he smiled assuring me that Auden was wrong.
Posted by The quirk at 6:59 PM

Hey this has a very good chance of becoming a story, if you go at it that is. It has poignancy and feeling...nice work!