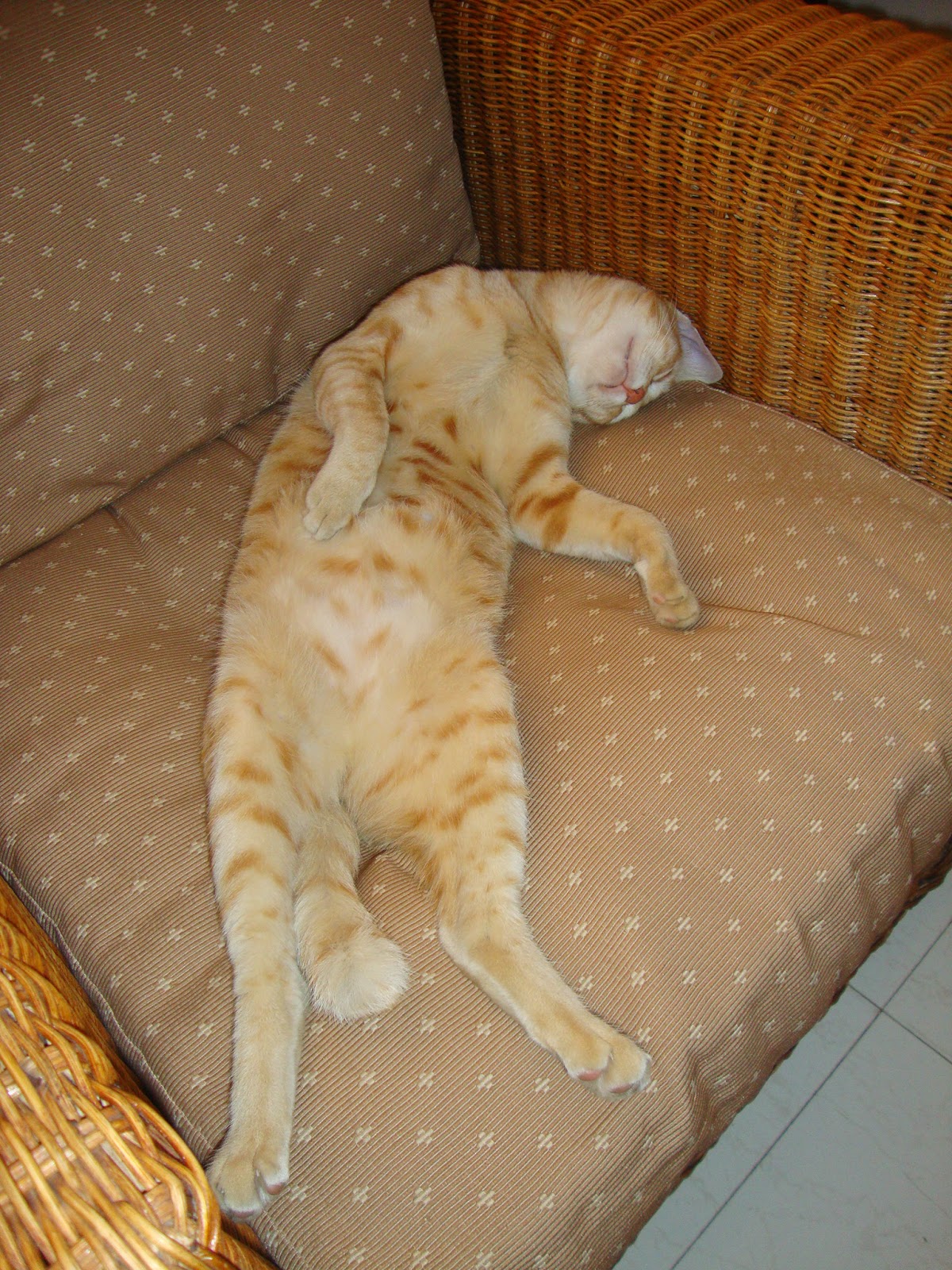 Cats were never my favourite animals. But as I said in the previous post on ‘Cat Chronicles’, 5 years at IIT and my marriage to WHO made me love cats like never before. Candy’s (there’s been a post on her before) death made WHO stubborn and grumpy whenever the topic of getting a cat came up. But I did not wanted to give up. I thought if Candy died it meant we had a lesson to learn and maybe an irresistible kitten was waiting around the corner to join our family. And finally it all happened - One fine morning, when I was leaving from Chennai to Bangalore for the weekend. I came across a pet adoption blog and casually mailed the blogger with my details asking if she had a kitten to adopt.  I got a call in three hours, before I boarded the bus to Bangalore. I was told a cat was rescued and was at a home for the past few weeks. They described the kitten as an adorable little angel except for that he was possessive and drove their own house kitten away.  I spoke to WHO immediately and he was in no mood for a new cat. His points were valid- we would have to leave the kitten in the bathroom or balcony, when WHO was at office and he worked too late. But with my cousin brother’s entry into our family I thought I still had some chance of convincing WHO  and I suggested maybe for three months they could take care of the kitten together because my cousin worked night shifts and WHO would be back by night. 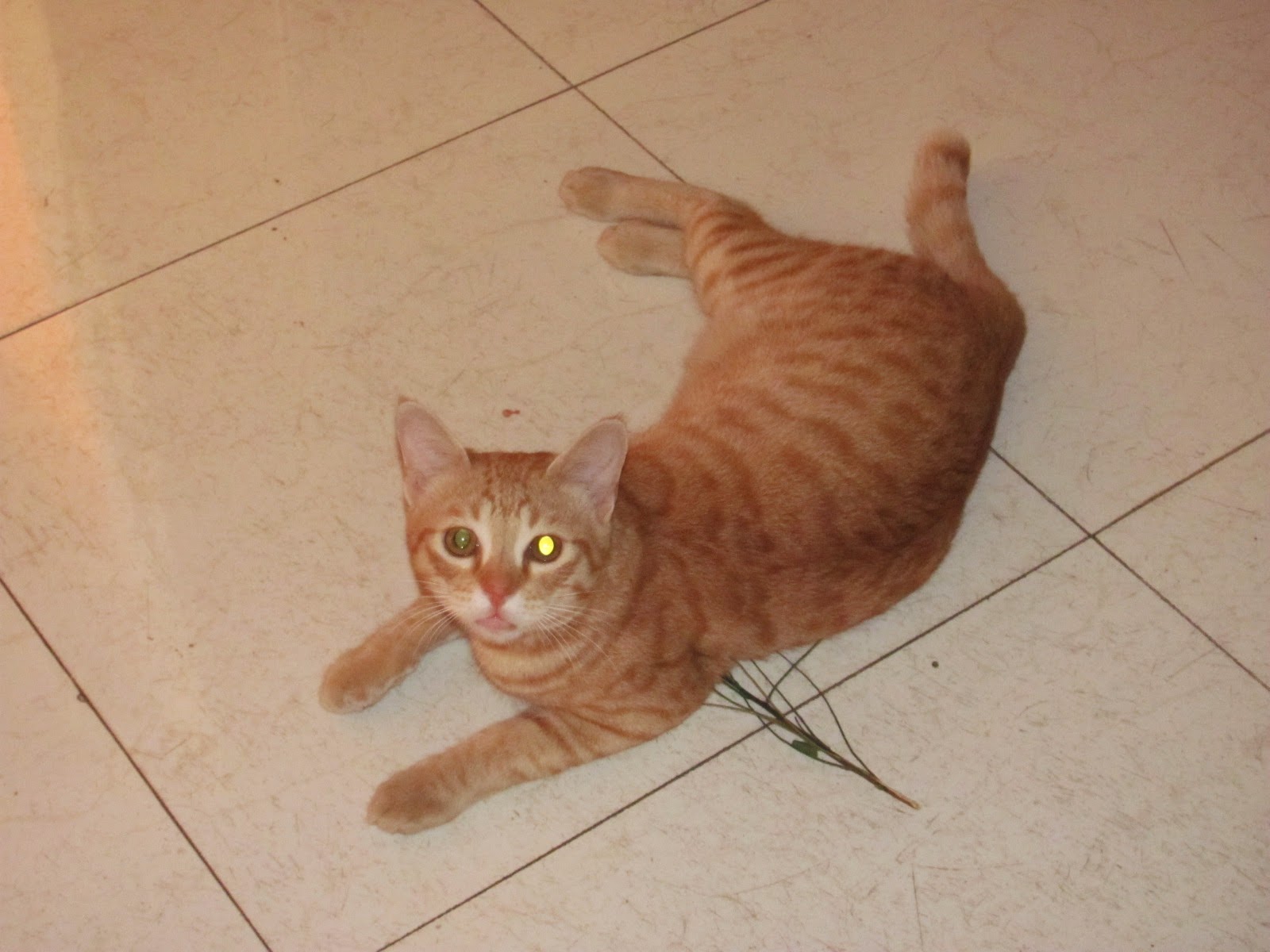 However, that was not the crux of the problem.  Men can be possessive, especially when they don’t learn to share their space with others in the early years of marriage. We had no kids and WHO thought getting a kitten was some trial of mine to check out if he was ready to be a parent (a message he got after watching Marley and Me). He would soon be fighting on this with me weeks later though I was oblivious about this at that moment.
And that’s how Don joined us on WHO’s 30th birthday. We named him Don, after a day with him convinced us of his menacing nature. He was the naughtiest kitten I had ever seen. He would hide behind doors and pounce on you, he would fetch ball, apple, anklet, hair clip and loved football. He would scratch and bite sneaking under our blanket just to feel high and sometimes he gave you that weird look- the one we later realize was a precursor to his dangerous games. We named him Don Mathaikunju Geevarghese Samuel- the last two being WHO’s middle and surname but Don is the only name he responds to (and these days gundu which means ‘fatso’) 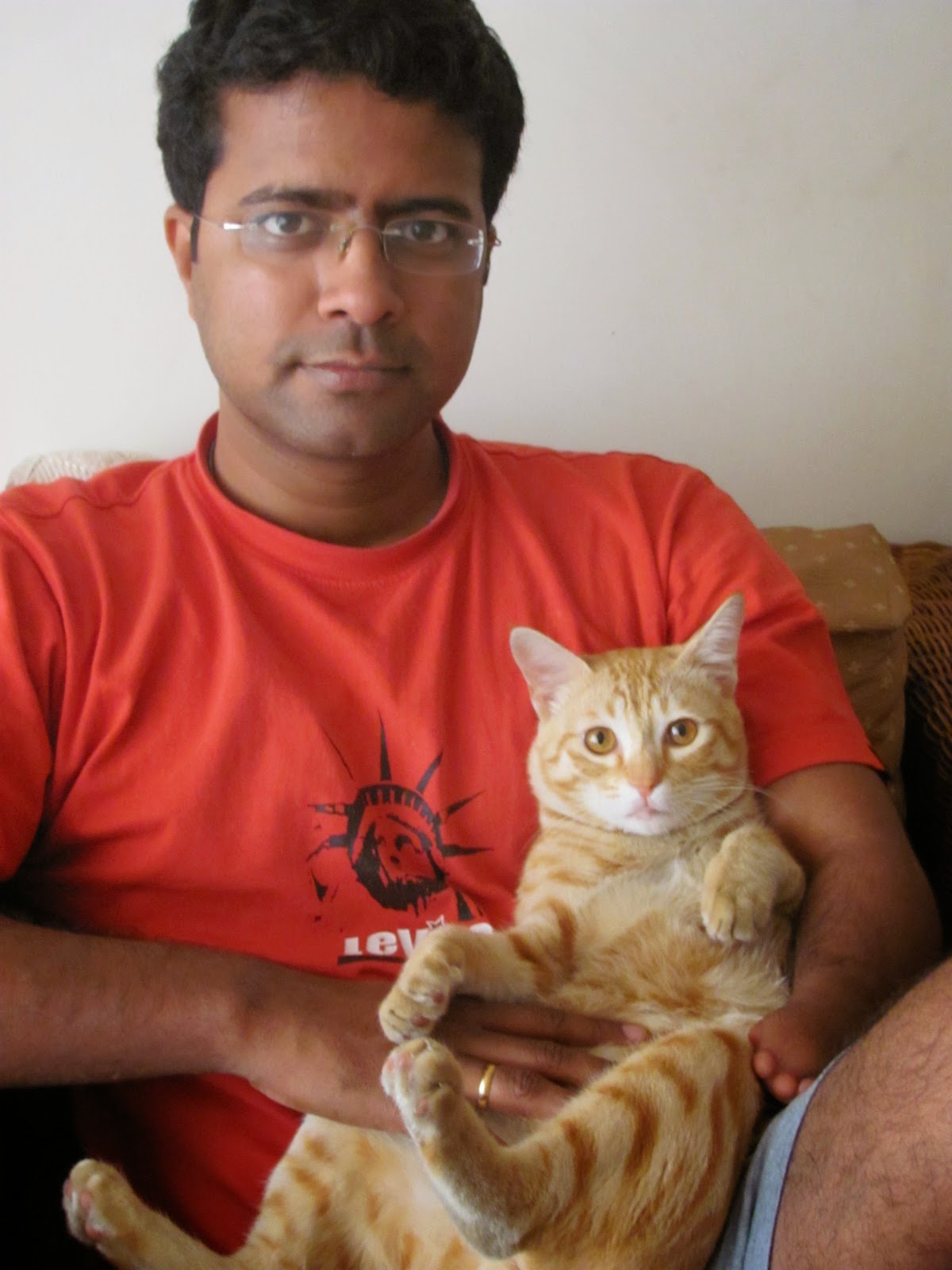 We have heard a lot of ifs and buts from people about cats. Cats are selfish, Cats are dirty, Cats are solitary and this is the best one – Cats can put an evil eye if you eat in front of them. The list is endless. Some of these came from relatives, some from friends and most from parents. I am surprised that many of these people had never come to be at a meters distance from any animal in their life but are always full of hearsay. Against all jibes and comments we made sure that Don stayed put in our house. Through him we learned new things about cats and also saw a lot of myths being broken. So with these posts we will try to break all myths associated with cats, with Don as a reference, one myth at a time.

Well, so are human beings. We were never meant to be inside. Even in the modern setting we spent most of our time outside; only difference being we move from one- inside to the other. But at the end of the day we all love to come home to roost. Given a choice cats love to be indoors. The only problems being once inside they get branded as thieves. So it was always convenient to label them as outdoor animals lest you have to setup a state of the art anti-theft system. Alternatively let’s not forget the real thieves for whom the anti-theft systems were setup in the first place; not for cats I am sure.
Cats love to be indoors, unless they have to go look for food and water and also for doing the same things in the reverse order.  Once in a while they also like to sharpen their tools or sit on a branch of a tree and just watch the world go by. Logically, I think it’s a chore for cats to be outside because they have to always look out for predators, as they search for food. From a human perspective it would sound something like this – you are in the middle of an urban warfare, always looking out for snipers, as you move about in the neighborhood looking for milk and bread. If all their needs are met then cats will be more than happy to sit on your couch and watch Animal Planet or Nigella cook a delicious soufflé. And that’s exactly what Don does. His day starts with a sardine or a bowl of milk, which is provided to him in the balcony.  If he were to graciously finish his breakfast in one go or at one place and not insist on moving around with the dismembered fish, like how his wild cousins do, we would have let him have his fish indoors too. Once his hunger is satiated, he’s restless to come inside. And he’s so twitchy to get inside as if someone’s after his life. And that’s why I say cats like to be indoors too. At this moment, when his basic needs are met, given a choice between the green pastures outside and the four walls inside, Don would choose the latter. Once inside he gets down to his cat business. And those are proceedings which will break the next set of myths and I’ll detail them in the next post.  Once all is said and done, he’s ready for the longest chore of the day – to sleep. And even a cat knows that it’s best to sleep on the couch and not on the side of the road ( as you can see in the pic below , he loves the comfort of the washing machine too ). 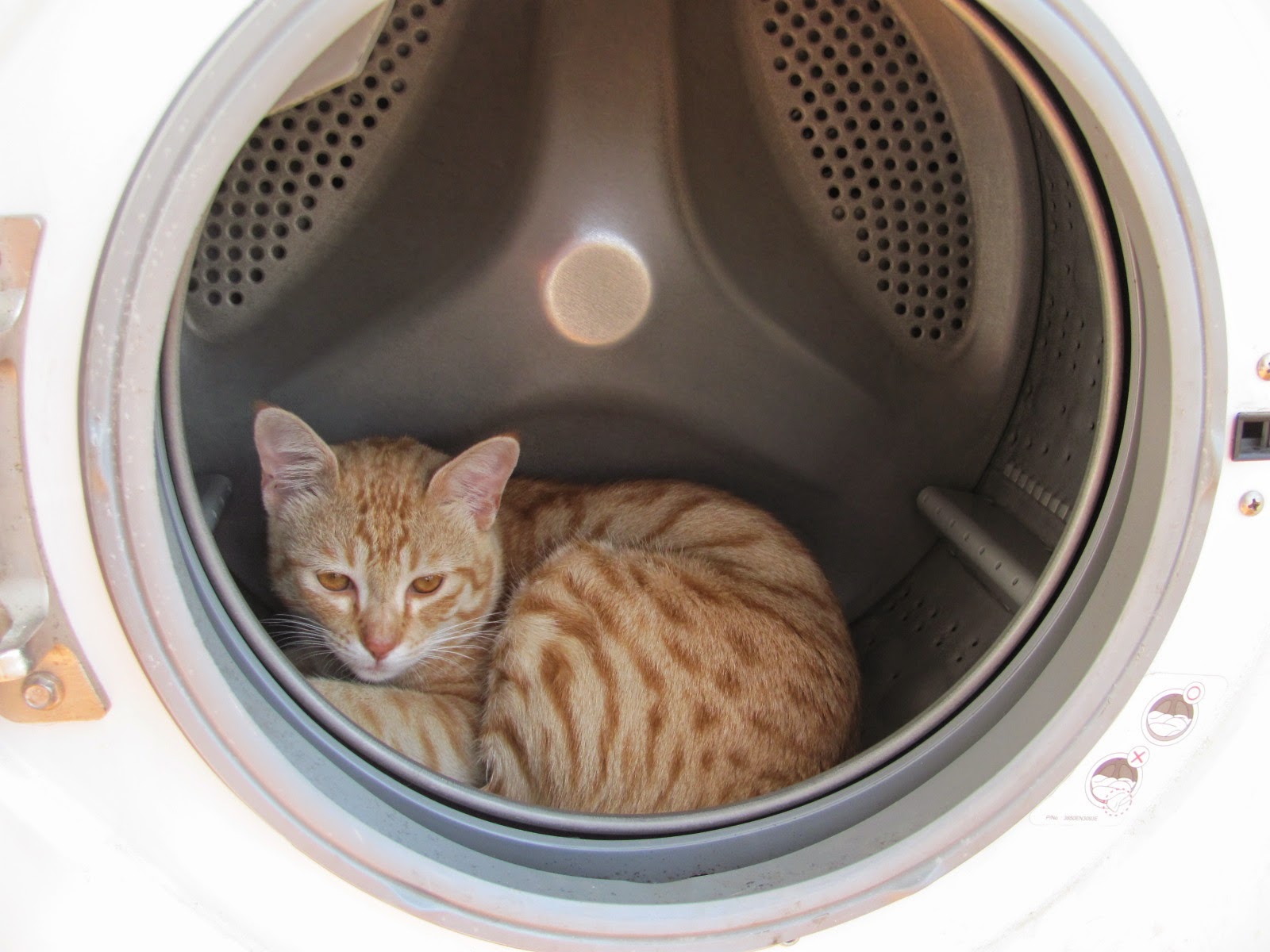 And then there's a lot more we have learned from Don on the feline nature- stay tuned for more on cats and their behaviour through the eyes of 'Don'.