Given a choice between helping old age people, entertaining children or being with animals, I think I would go with the last. There were lots of other options in the CTW 2011 (Community Team Work), organized by my company, but I had made my choice last year itself, that next time it will definitely be something to do with animals. And Wola! I got a seat to go to the Wildlife Rescue and Rehabilitation Centre (WRRC) this year.

The WRRC, a Sister concern of CUPA (Compassion Unlimited Plus Action) in collaboration with the State Wildlife Department of Karnataka has constructed the Bannerghatta Rehabilitation Centre (BRC) for the rescue of small wild mammals, birds and reptiles from the Bangalore city. Located at the northernmost tip of the famous Bannerghatta National Park, the seven acre facility houses and treats displaced injured and orphaned urban wildlife. The BRC has modest but adequate housing for veterinarians and other staff, a small clinic and surgery room, post-operative care enclosures, and outdoor accommodation for birds, primates and reptiles.

Despite it being a week day, we didn’t face the dreaded Bangalore traffic and reached the center at around 9am. Our activity for the day was to white wash the staff and clinic rooms and also the kitchen and surgery theatre. After a quick round of introductions over tea, we got the introductory tour of the centre. From here on I will let the pictures speak for themselves and more. 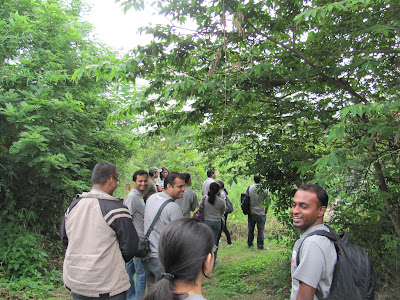 We were a contingent of 13 people, from different departments, with a few people already involved with some sort of animal rescue or rehabilitation. I could sense a reason for happiness in everyone from being there or maybe if the reason was because of a day away from work, I am not debating. 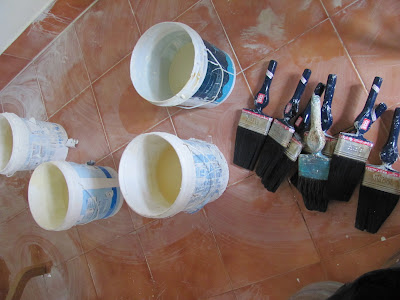 Our tools of the trade was already set right before we arrived and took charge. Buckets of paints and brushes and specially for us - the Corporate types - masks, latex gloves and aprons. 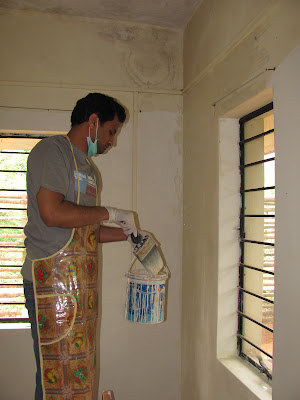 We got to the business without any delay and even though most of us has never got our hands dirty this way, the enthusiasm made us move from wall to wall and from room to room. There was nothing special for me there to do, dip spread and then dip spread. All the while my mind was somewhere else- with the animals. 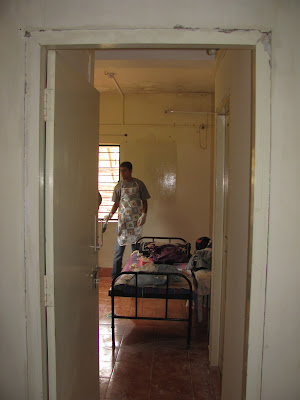 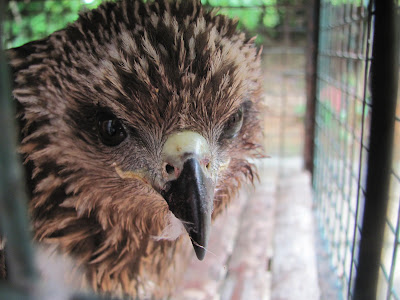 The largest number of animals or birds that get rescued is the Kite. Bangalore city has a large population of these birds and they seem to be found everywhere. Coincidentally we have a few that come to roost in our apartment building in the night and they make a weird noise similar but not same as the pigeons. 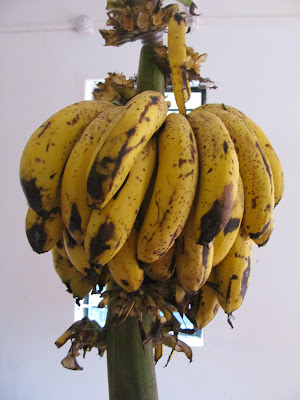 The animals are provided a healthy dose of fruits, vegetables and beef to the lucky ones - the kites. These plantains looked very inviting but I asked the animal in me to behave.

Despite the centre having a few acres of land, so can save a lot by not buying fruits, they detest from planting fruit tress because the elephants come calling after. 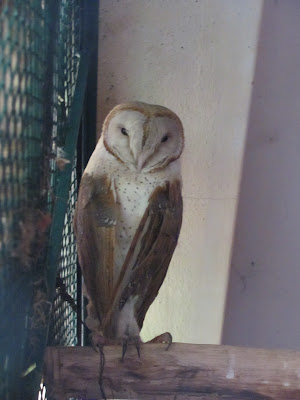 I think the most exotic of the animals in there is the Barn owl. People might say otherwise but for me period. I like owls because we share a lot in common - lonely, reclusive, brooder, procrastinator etc. I am sure they are great thinkers and planners. Magnificent creatures. 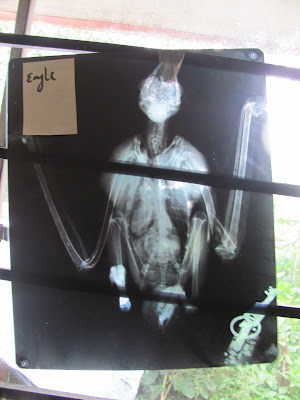 Found this hanging in the surgery room. I was just hoping that this guy left that room to fly many few feet up in the sky and not a few feet below the ground. 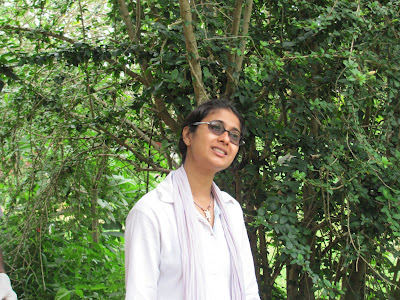 we also met the vet who was kind enough to let us disturb her with our questions when she was bandaging a pigeon or nursing a Kite. She displayed this special warmth towards animals which usually comes from a mother towards her child. 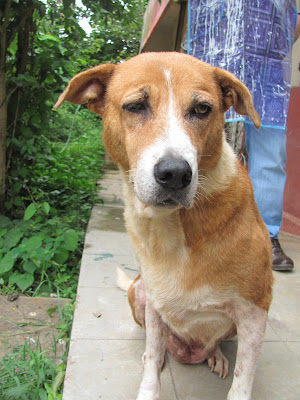 He was the old hand at the centre, the wise one , who had seen many a kites and crows take to the sky and many a snakes pass by. 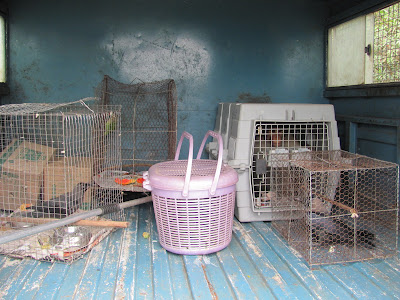 And as luck would have it, there came a small van filled with rescued animals from the city. Let me take the roll call - one monkey, a green barbet, two crows and many a kites. 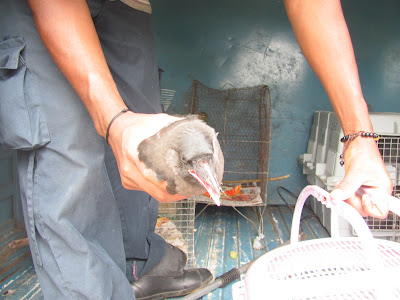 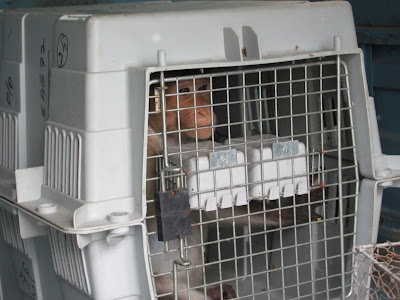 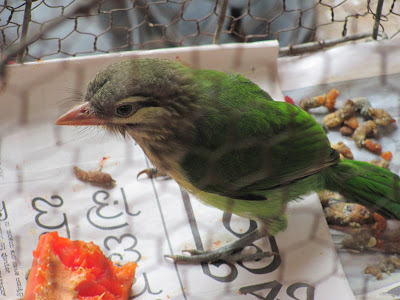 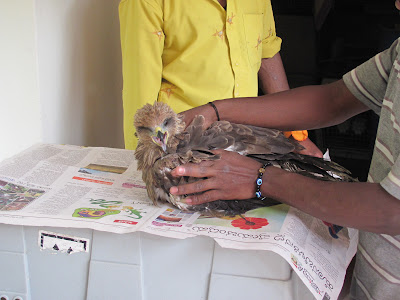 Majority of the kites had injured their wings and come to the centre in a flightless condition. The vet then examines them for superficial injures, fractures etc. and provides them with first aid. In other cases of serious injuries shes operates on them or applies casts. 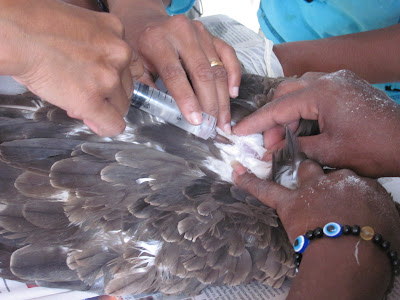 A jab of glucose does good to birds as well. 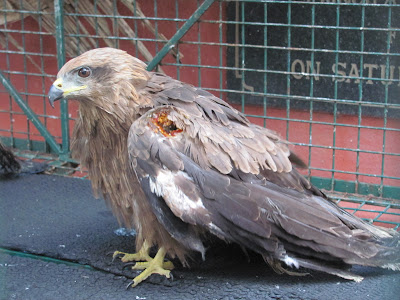 Iwas the one who you saw flying high; Now you look , standing close by.
I was the one who rode the mighty air; the same wind now only tickles my feather.
I am at this place and getting fine; until my talons grip and my wings shine.
So this then I suppose is - Goodbye; See you soon from the sky! 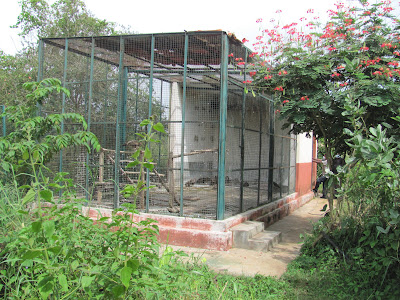 Once the Kites get healed and shows signs of flight they are moved to a big cage. On that day there were around 25-30 kites recuperating from there injuries. Once the kites recover fully, say about after a month of observation, they are released into the wild. To our surprise, we found out that day there were four kites to be released. 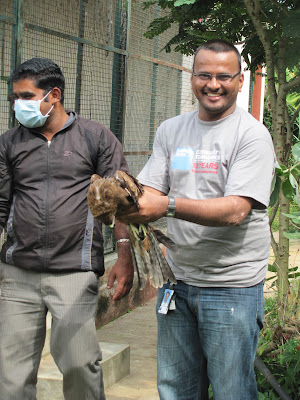 I can only guess who was more joyed. I was over joyed!!!!

Great work! and for the record I love Owls too. The barn owls are disappearing in the US with disapperating farmland.
The sounds of a bard owl is so haunting and I love it.