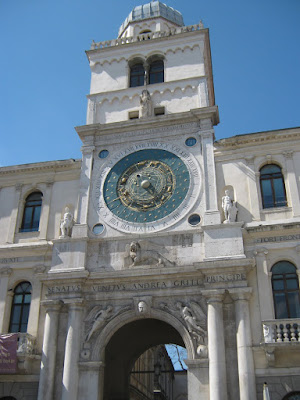 I think I have got used to this place. Which means I don’t panick if I will miss my stop when I am in the bus. I don’t fear being lost or kidnapped and now I even can guide people who ask for direction at the bus stop. And the topper of all I- CAN- READ- MAPS. That reminds me some wise guy once said and even wrote a book on why women cannot read maps. I think the title of his books frightens women who have any plans of using a map.

I am writing this post under a lamp post in front of my university. The library was too cold and I thought I needed a little bit of the sun and a coffee so here I am. The pic you see above is my department.Looks like a museum though doesn’t it?

I just had a coffee. The standard one here is the espresso - very bitter but, wont let you sleep. My Italian friends believe milk in coffee is for the sick. I was enjoying the heating in the café but I had to move out because the couples on both my sides were smooching and pushing me out of my table so I chose the lamp post though there are couples smooching in front of me but they are not pushing me. I think the sun and this time has something to do with making couples crazy.

Had gone to an Indian birthday party yesterday. Was weird. We formed a rare bunch of researchers from Maths to pharmacology to oncology. Tasted Gruppa its an advanced version of wine a stronger member of the alcoholic family. Met a funny guy who brought his ex wife who was Russian and two kids to the party and kept introducing her as MY- EX- WIFE. I enjoyed the food listening to the men folk discuss about legalizing marital rape, synonyms for women in different languages, Pro BJP movements and IPL. We were jus three women but unlike what people say we did no bitching and it was a delight to see men gossip.

But of the lot I enjoyed my trip to Venice. Hmmm I did not find it romantic actually I really don’t know what one means by a romantic place . Romantic movie, poem, story I understand but place I don’t know.

I found the artists painitng sceneries on the pavement a very beautiful sight and also the boats and canals all around were beautiful. 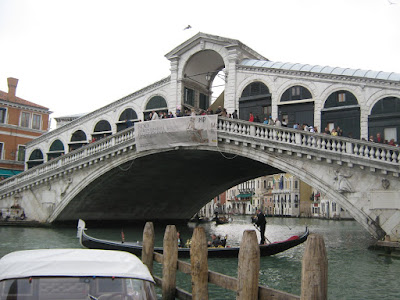 Ok from bemused to enchanted is not bad a transformation eh ?

nice to know that you are in love with the place dear.