Two cups of tea with Cherichikutty 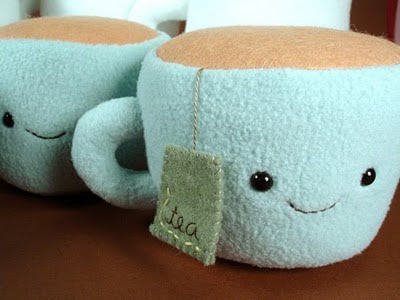 Cherichi, that’s how everybody called her. She never knew what it meant, though baptised Mary which she was rarely referred to as. Like all girls of twelve years she liked playing hopscotch, carrying her younger brother on her hips, she played with the neighbourhood kids, taking pride in being the eldest of the lot.

One fine day as she was hopping around she saw visitors coming to her home, oblivious of it having any connection to her she continued playing. The visitors being elderly men startled her. She was summoned by her mother. The men smirked watching her. Her father was a man of small built and her brother was only three years old, they being the only men she had ever seen up close. But these men were tall and hefty and their moustache frightened her.

“You are going to be married”, her mother told her. She did not understand much about it except for the fact that she was no longer to wear her long skirts and petticoats. She would now wear the funny outfit her mother wore and if lucky she could wear a silk one for her wedding. She went for her confession, not realising it was a matrimonial confession. She confessed the same petty fights and stealing of pickles.

She stood at the altar all decked and excited to notice a six ft tall man next to her. Her husband was crestfallen after a rejected proposal and wanted to be married immediately, though the bride to be was still a minor. “Let the girl be at your place till she matures, we just want him married”, said her prospective father in law then. So she was married. She felt no difference as she came back to her own home and took care of her pregnant mother and younger brother. But all the playing stopped suddenly. She was asked to talk in hushed tones and not to venture too far away from the house.

She was often invited to fetes, being newlywed, and there she again met the six ft intimidating man. He tried being soft to her and once asked if she needed soap or any fancy item. She ran away frightened at his baritone. He left all attempts to rekindle affection thereafter.
On an unfortunate day she found herself bleeding profusely. She thought she was going to die but people around her seemed to beam with joy. She was invited to a fete again where a granny asked her husband to take her back with him.

She was not even left home to take her stuff and she was told this was her new life . And from that place she came as a guest she returned to her husband’s place She slept early to escape the intimidating man only to wake up and see him next to her in the same bed. She ran away frightened, but she had no women except an old granny to run to, who laughed at her plight.
She soon discovered her belly swelling and knew it meant pregnancy, remembering her mother, but still had no clue to the mysteries of her body. It took her four childbirths to associate the process of impregnation with menstruation. She understood when one stopped the other began. She was weary as she made these simple correlations. She trembled each time she missed a period out of fear of another nine months and the pain thereafter.

He was not intimidating to her .anymore, not that they ever spoke of love. She was comfortable with his huge frame and with age he looked more helpless. She got used to child bearing, rearing and being a submissive wife, though she often wished she knew things earlier.

She missed her long skirts and hopscotch which she traded with her daughters. She hated the elder women for not explaining the mysteries of married life to her. To a family who had no women for three generation she gave eight daughters. She prayed they all be freed from darkness, ignorance and servitude. She saw to it that they were all employed and informed about ways of life.

And years later narrating this to her granddaughter, who was getting ready to face the altar, she said, “They are all intimidating in the beginning, but they are more vulnerable than us “. I just smiled looking at her. 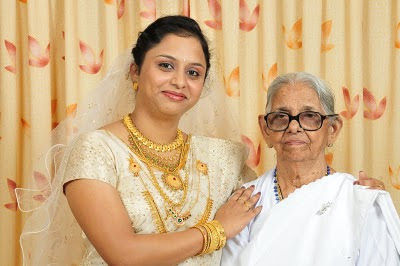 hey mine is the first comment? i cant believe it... it was so heart touching n realistic... i felt proud of your granny dear, she's luking so cute.
I guess i should call my grandmas tomorrow.. :)

Wow, that is a sweet story